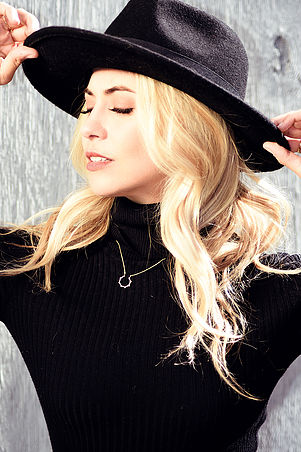 Acclaimed Los Angeles-based Feminist Artist, Director, Photographer and Writer Ra Dreyfus is a multi-talented media creative whose popular solo exhibit 'The Female Gaze... Don't Grab Me, I Am Not An Object' has garnered wide positive feedback throughout the world class art scene in Los Angeles, CA.
At the age of 19, Ra Dreyfus relocated to Germany to spend time developing her creative prowess under a high-profile Vogue photographer.
Thereafter, Ra Dreyfus returned to the City of Angels, where she took a job as the head writer for a production company. Subsequently, the multi-talented artist/writer/photographer then decided to move to New York to pursue the idea of becoming an orthodox Jew and develop a name for herself as fine artist and photographer.
Ra Dreyfus has been largely instrumental in the creative development and production of events for major blue chip clients such as Activision,CAA and Best Buy, coupled alongside being creatively involved in the process and presentation of major live music concerts for Award-winning music superstars Kanye West, Alicia Keys and Lady Gaga.
Ra Dreyfus recently wrote her first-ever animated comedy entitled ‘Jesse’ with Acme Filmworks and Director John Dilworth (Cartoon Network). Two pieces of Ra Dreyfus' fine art exhibition 'Demons' featured in the Louvre in Paris, France.
3-time Award-winning In-spire LS Magazine caught up with the very talented Ra Dreyfus to talk about her acclaimed art exhibitions, working with global music superstars, travelling the world, working with Acme Filmworks and much more only and exclusively on In-spire LS Magazine.
Q: In hindsight, how validating was it for you to be involved with Activision, CAA and Best Buy as well as with high-profile live music concerts for acclaimed Award-winning recording artists in that of Kanye West, Alicia Keys, Lady Gaga and Joseph Arthur?
It’s always exciting when you get to work with talented artists who are making strides in your industry, in the same way it’s exciting to work for top brands. If you listen, you can learn a lot from the people behind the machine.
Q: Can you tell the audience more about ‘Jesse’ with Acme Filmworks and Director John Dilworth?
"Jesse" is an animated comedy I created and wrote but at this point, the NDA keeps my mouth stapled shut.
Q: Two creative pieces from your fine art exhibition 'Demons' have been officially featured in the Louvre in Paris. Creatively speaking, what do you feel separates "Demons" from your other critically heralded exhibitions?
"Demons" was an exploration of the conflicting emotions of self hatred and self love. I think that topic always makes people think, because we all teeter on the edge of feeling worthy.
Q: 'The Female Gaze... Don't Grab Me, I Am Not An Object' is an acclaimed exhibition which has garnered very positive feedback. What inspired you to create this incredible exhibition?
I was tired of women being the scapegoat for mens’ lack of control over their d*?ks.
Q: At the age of 19 you relocated to Germany to spend time developing your craft under a high-profile Vogue photographer. What did you enjoy most about your time in Germany and what valuable lessons did you learn most from the photographer at Vogue?
I learned to speak German, badly… so that was mildly useful. I really enjoyed the way the Germans viewed things as a collective people, their ability to organize and compartmentalize their world into controllable units taught me a lot about time management and efficiency. As for my mentor, I learned about people and how to see into them, even when they don’t want you to.
Q: Thereafter, you returned to the City of Angels, where you took a job as the head writer for a production company. When did you first develop your passion for creative writing and what advice would you have for aspiring writers?
I have been writing since I could hold a pen. I had an interesting upbringing and so I used my imagination to create narratives that made the world make sense in the midst of all the chaos. The advice I have is write, write, write, write. As a writer your stories are currency.
Q: Moving on once again thereafter your time in Los Angeles, New York was indeed your next destination and you become an orthodox Jew along the way and developed a name for yourself as fine artist and reputable photographer. Do you feel as though this was a turning point for you both personally and professionally?
I feel like every situation you go through in life is a turning point, but yes, it changed me as a person and made me see the world different. Which has a direct effect on the art you create.
Q: With that being said, what led you to becoming an orthodox Jew and have you also visited Israel?

I have not yet been to Israel. What led me to become an orthodox Jew?  That’s a loaded question. It was an array of elements, but I have always loved adventures. I love exploring other cultures, and having a Jewish mother, I was always fascinated by the discipline of the religion. It was an anthropological experience like going native. But in the end it wasn’t for me, so now I’m just Jew-ish.
Q: Last but not least Ra, what creative projects do you have in the pipeline that you would like to share with the audience at home?
I would like to share everything, but I have signed too many NDA’s.
Ra Dreyfus official website: www.radreyfus.com
Ra Dreyfus Instagram: @RaDreyfus
Ra Dreyfus Twitter: @Ra_Dreyfus
Ra Dreyfus Facebook: Ra Dreyfus

Article and Interview by @Dean Perretta of In-Spire LS Magazine
- 20:53