"Ten Women who were Millionaires before they were 20" #SheInspiredHer 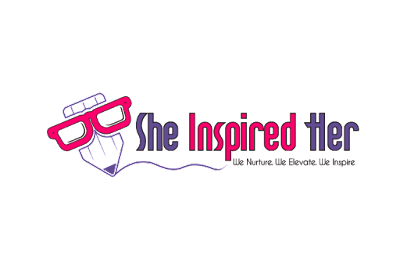 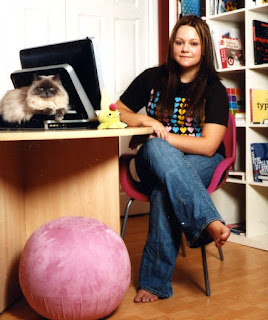 1. Ashley Qualls:
Born in 1990 in Detroit, Michigan Ashley Qualls is an American entrepreneur and the founder of WhateverLife.com Ashley got her ingenious idea back in 2004 when she was just 14 years old! Originally Ashley got creative on-line, with the simple desire of wanting to showcase her skills in design but then the site really flew up to the next level when Qualls started to provide FREE MySpace layouts to Myspace users! Myspace was a HUGE phenomenon at the time and everyone wanted their page to look as cool as possible - so this was great timing as the number of people wanting the service grew and grew! The site was supported entirely by advertising revenue alone.
The basement of Qualls home became her office and she employed her mother as well as friends from school! The website actually receives several times more traffic than circulations for popular teen magazines such as Seventeen, Teen Vogue, and CosmoGirl combined. Qualls has also turned down numerous offers to acquire her company including an offer for 1.5 million dollars and her choice of any car! What a great story, we love that she took on her friends and mother as employees! Good for her (and them)! 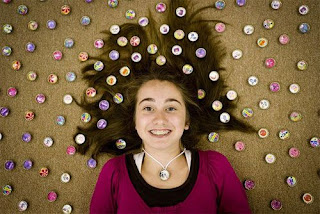 2. Maddie Bradshaw:
Featured on Shark Tank, Bradshaw (along with her younger sister and mom) started by designing locker decorations using soda bottle tops because she couldn't find anything similar she liked on the market. Maddie Bradshaw allegedly earned $1.6 million in her first year, and by the time she was 16 she had lured in an astonishing three "sharks" as investors and partners for her business! 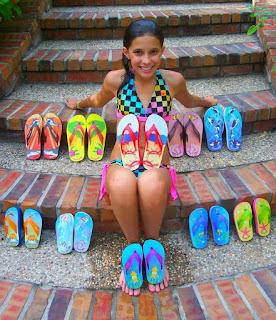 3. Madison Robinson:
At just 15 years old this little charmer created Fish Flops, creative flip flops designed for teenagers; by a teenager! Robinson originally was selling her fish flops brandishing designs just made for teens but later innovation took her forward to creating an app for the business, earning her $1 million in sales! Robinson is now 16 and still not old enough to buy a lottery ticket where she lives and she is totally enjoying the great success of her fish flops and has donated many pairs to charity! Flipping Awesome I say! :) 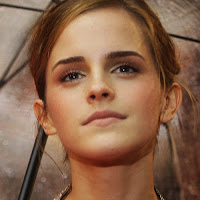 4. Emma Watson:
This young actress made her first millions through her excellent acting skills playing the character Hermione Granger in Harry Potter. Emma is said to have made £10 million before the age of 20 via the incredible Harry Potter movement! Watson continues to model and act with a very promising career ahead of her and what sounds like a great fortune to boot!

5. Diane Keng:
This 18 year old started her first venture as an entrepreneur while still in high school with a small T-shirt company. Keng made t-shirts for groups within her high school for a short period of time, knowing that it was something they all liked to have, but before long Keng realised that she wasn't making enough money from the idea due to not factoring in the actual design and production costs in the overall price that she was charging for making the shirts. Making only around $1 in profit per t-shirt she decided it was time to move on. So on to the next idea she flew and later Keng was able to hit the big time as the Co-Founder of MyWEBoo. An innovative website allowing users to discover and share content from a variety of different social media platforms at the same time, this platform also helped teens to manage their on-line persona and reputations all in one place! MyWEBoo was one of the first platforms of its kind ensuring that it did really work out well and the young entrepreneur is now onto her third business and said to be signing $100,000 investment deals! Go girl!

Entrepreneur Revolution: How to develop your entrepreneurial mindset and start a business that works 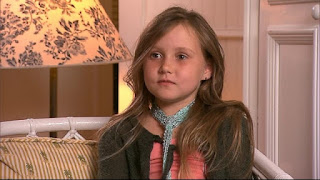 6. Kiowa Kavovit:
The youngest entrepreneur to appear on Shark Tank to date (Shark Tank is an American Reality TV Show similar to 'Dragon's Den' in the UK). At the tender age of 6 Kavovit pitched her 'Boo Boo Goo' to the sharks (similar to our 'dragons') on the show. Boo Boo Goo which by definition is a "paint-on bandage" is a revolutionary new skin protectant for kids which paints on a bandage in fun colours! Impressing the sharks, Kiowa won a whopping $100,000 investment which led this little lady to be a millionaire by 2014. Impressive right!? Now, when your child grazes their knee (and you of course) you can feel safe knowing that you can simply reach for some boo boo goo! Ok boo boo!? Yey!!! Smiles all round :) 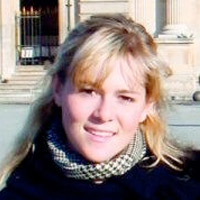 7. Juliette Brindak:
Juliette Brindak is an American businesswoman and the Co-Founder and Chief Executive Officer of the all-girl tween and teen social networking site, Miss O & Friends. Brindak began by creating sketched characters at the tender age of 10. Later, namely at 16, Juliette developed a complementary social-media platform called Miss O & Friends, designed for young women to raise their self esteem in a positive way. Now at 19 years of age her Miss O & Friends company is worth an estimated $15 million. Brindak gets most of her revenue from ads. We admire the fact that Brindak's business was created for the purpose of young women to help them to build on their self-confidence! What a well deserved 6-figure result! 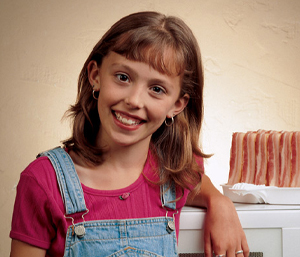 8. Abbey Fleck:
At 8 years old Abbey Fleck came up with the idea of 'Makin' Bacon'. Her 'little' invention was the first microwave bacon cooking technology available on the market. Fleck's design was a new great way to cook bacon in a microwave oven by standing it up vertically on her new design and stopping the rashers from sitting in their own grease. Making Bacon became a favourite on the infomercial circuit, taking off in a great way and selling unit after unit! This amazing and seemingly small idea later won a distribution agreement with Wal-mart and sent Abbey to multi-millionaire status! Now I myself do not eat pork ... but I do wonder whether this will work with my 'quorn' rashers... mmm!? Nom Nom Nom! 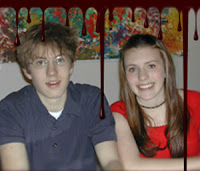 9. Elise MacMillan:
This young lady Eliose MacMillan teamed up with her grandmother to make candy as a toddler and has never stopped making it! Rather than this childhood hobby merely resulting in the usual dirty pots and spoons and clothing stained with sticky mucky fingers, MacMillan took tasty treats to a whole new level! At 11, MacMillan worked with her brother Evan for a commercial chocolatier and then they moved on and became joint Co-Founders of "The Chocolate Farm" which has earned top spots on lists by Ernst & Young alongside several other accolades. They've made a great deal on sweet treats! You've gotta love grandma! 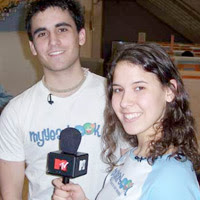 10.Catherine & David Cook:
In 2005 this sister and brother duo were simply having a good old browse through a high school yearbook and came up with a great idea for a social media platform relating to year books in a new way. They got rich on this notion by creating MyYearbook.com. My Yearbook.com today remains a player in the social-media realm. Their older brother also invested $250,000 in their digital yearbook idea, and today the site is worth around a whopping $100 million! 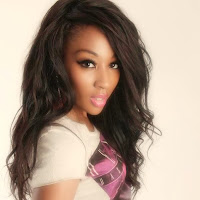 So... have I got you inspired? Pumped up? Ready to go make YOUR first million?
I hope the answer is YES! But before you go off and put this positive inspiration to good use, here is my personal summary of the tips and inspiration that I picked up along the way from the above stories and successes. I hope that they help!

1. Pay attention to your thoughts and never dismiss even the smallest of ideas
If there's one thing to learn from the above list of  creative minds and action takers it is that you should NEVER dismiss an idea or creation that pops into your mind, no matter how big or small it may seem at the time. None of the ideas or inventions that we have seen in the above stories were particularly complicated or out of this world; they were on a whole quite simple and creative ideas that fit in with everyday life and technology. A simple solution to an everyday problem that millions of people deal with each day and seek a solution for is often that million or even billion pound idea! So pay attention to what it is that you are thinking each day, you never know, your next thought could change your life!

2. Always write it down so you won't forget it!
I believe that we all probably have a few little genius ideas and thoughts pop up in our minds from time to time, but half of the time we just see it as foolish "day dreaming" and nothing special to write home about. Maybe were just to busy to deal with the thought right now or someone calls us and then we forget we ever had the idea in the first place (until someone else invents the same damn thing and we wail "that was my idea... I swear it was")! TOO LATE. Judging from the new found million dollar lifestyles of young ladies above, we may be missing out on making some life changing moves!
If you don't have time to look at your ideas tomorrow maybe you will find the time tomorrow! Write your ideas down, pay attention to what you are attracted to and take the time out to do a little brainstorming from time to time. You never know what your next thought may bring!

That reminds me... where is that book of ideas I have been writing in for years... its somewhere... in my room... hmmm  *she runs to her room and rummages through all the old dusty notebooks to see if she has a million pound idea just sitting there on a crusty page somewhere* (at-choo! wish me luck)

3. Research what you can do and where you can go with your ideas
As I said earlier - the internet is HERE and as far as we know it is here to stay! USE IT! If you have an idea and have no idea what to do about it then why not jump onto the google search engine and see what and who is out there to help you with your inventions and ideas. Research others in your position that have made it further than the idea stage and see what they recommend. How did they do it? Who did they ask? The answers are out there and the worldwide web allows us to have a wealth of information at our fingertips. So NOONE has an excuse to not have a little web browse for the things that they require. If  you do not have the internet at home then go to your nearest Starbucks or Costa for some wifi and if you do not have a computer, tablet or smart phone - go to the library!
Leave no excuses!