#MovieMatters: Atomic Blonde - a movie not to be missed! #Preview #Trailer #Film 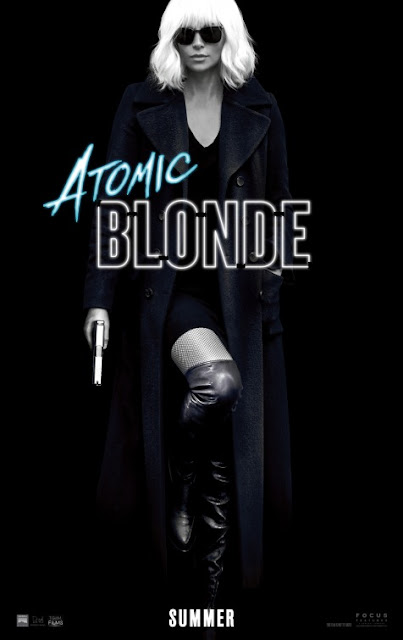 David Leitch-directed Hollywood motion picture “Atomic Blonde” is a female empowering, anti-establishment punk-rock-esque, spy thriller starring Academy Award-winning actress Charlize Theron.
"Atomic Blonde" is based on popular novel “The Coldest City” and is situated in Berlin, Germany circa the well-documented destruction of the Berlin Wall in 1989 during the unification of Germany in the midst of the infamous sixteen year Chancellorship of Helmut Kohl; “Atomic Blonde” was written by Kurt Johnstad.
MI6 agent Lorraine Wallace (Charlize Theron) is a bona fide bad ass, feisty female on a uniquely challenging mission and with her dangerously potent intellect and skill gears to track down a litany of shady, malefactor double agents who are highly smuggled into the West.
Wallace is then mandated to work in conjunction with Berlin station chief David Percival as the two forge a dangerously uncompromising alliance, which witnesses Wallace and Percival in turn wrestling with the large challenge of the prevention of a jeopardization that essentially threatens the West’s entire intelligence operation.
“Atomic Blonde” stars Charlize Theron, James McAvoy, John Goodman, Til Schweiger, Eddie Marsan, Sofia Boutella and Toby Jones; “Atomic Blonde” is David Leitch's first Hollywood motion picture solo credit as director after co-directing global box office smash “John Wick” starringKeanu Reeves with Chad Stahelski.