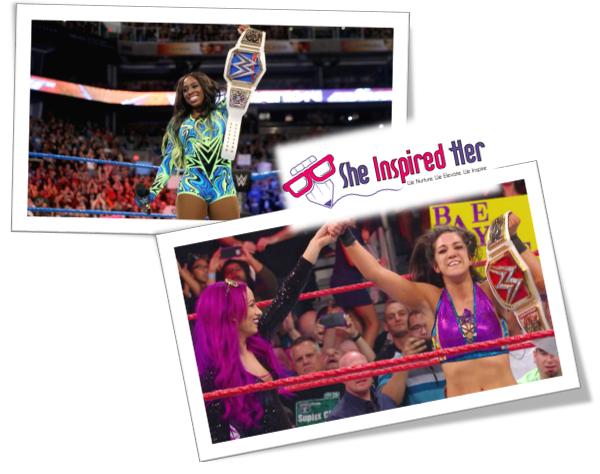 Those that watched the Elimination Chamber and also WWE Raw last night would have spotted that we have two new women’s champions in the shape of Bayley and Naomi.

Naomi went up against Alexa Bliss In her home town of Orlando, Florida.As she stood in the ring after winning the title, she was greeted by a standing ovation and there we heard chants of ‘You deserve it’. Naomi had always been on the wrestling scene but from around 2015 onward is where she really started to make a name for herself as she first set up Team B.A.D. with Sasha Banks and also Tamina Snuka.

Naomi is married to one half of the Uso’s – Jimmy Uso. Naomi was also part of NXT in 2010/2011. In 2012 she made her debut on Raw as part of the The Funkadactyls, the backup dancers to Brodus Clay. Heading into 2015 is where she really made a name for herself as she challenged the then Divas Championship – Nikki Bella, however, other Divas got involved and on the April 13th 2015 is when Naomi turned heel as she attacked Paige thus resulting in injury and forcing Paige to take time out which resulted in Naomi being given the number one contender spot but lost to Nikki Bella after interference from her sister, Brie. 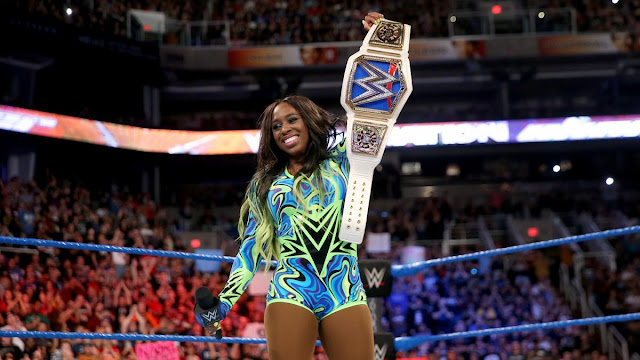 In July of that year, Stephanie McMahon called for a ‘revolution’ and brought in the the then NXT Champion Sasha Banks as an ally to her and Tamina Snuka. She then introduced Charlotte and Becky Lynch as allies to Paige and it was announced all three teams would compete at Summerslam. Fast forward to 2017 and Naomi is now the new Smackdown Women’s Champion.

Winning the title at the Elimination Chamber has propelled her to a new height and one in which she will completely relish for time to come.

The next night on WWE Raw, Bayley took on Charlotte for the WWE Women’s Championship it was the main event on Raw. This signifies at just how much Female Wrestling are becoming noticed and coming into their own. Bayley made her debut on Raw on the 22nd August 2016 and within a matter of months she has become the Raw Women’s Champion. Bayley, alongside Charlotte and Sasha Banks, Becky Lynch and many others were all part of NXT in what was becoming a fast-moving women’s division. 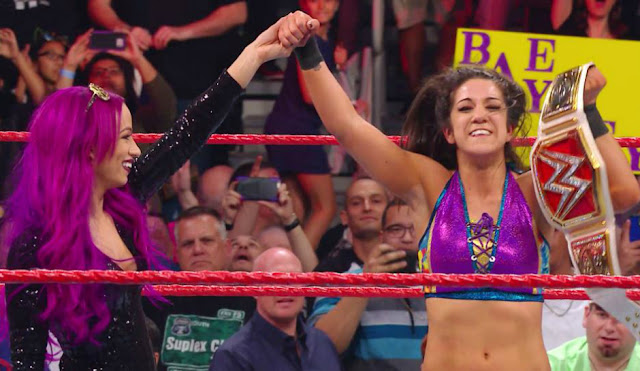 Over a period of time they all graduated onto Raw and Smackdown and it has been a period of elevation since then.

For Bayley and Naomi, they are on cloud 9 right now but the hard work starts now as the journey of being the number one target will increase each and every day.

Bayley and Naomi, You deserve it…
This goes to show that anything is possible if you really want it.


Female Wrestling is on the rise and it is here to stay.