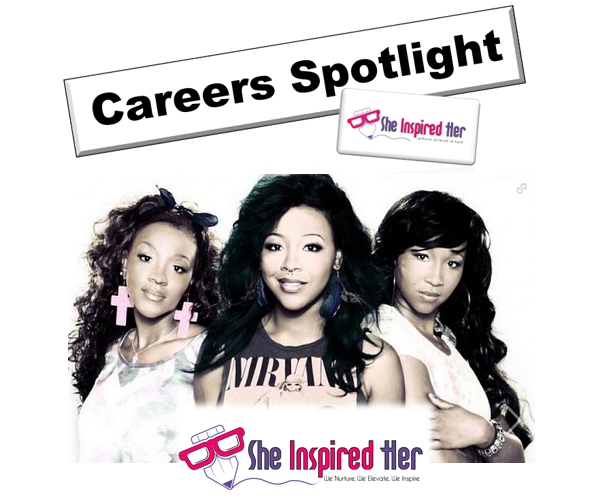 RoXxy Montana are a talented R&B vocal trio hailing from Wayne, Michigan who seemingly captured the broad imagination of the United States general public throughout the climatic season three of FOX television juggernaut “The X-Factor” (USA) after being mentored by revered multi-millionaire entertainment mogul Simon Cowell. After RoXxy Montana initially informed their ever-supportive parents that they were travelling to New York City, New York for “The X-Factor” (USA) auditions, the group subsequently drove over 650 miles from Wayne, Michigan – a suburb holding a 17,500 population and situated west of Detroit – to Long Island, New York.
The impressive Michigan-born trio inspirationally triumphed in advancing to the final sixteen on “The X-Factor” (USA) before millions nationwide in performing an eclectic array of classic covers which instantaneously built a loyal fanbase overnight for RoXxy Montana. The soulful and musically diverse RoXxy Montana consists of three close-bonded sisters: Tenija, Temperance and Tiara Moton. RoXxy Montana fans are affectionately known as RoXxie’s or RoXxer’s.
RoXxy Montana have been deeply consumed by the insatiable love of music throughout their entire lives after singing in church during adolescence. Roxxy Montana were raised in a devoutly religious household, which in turn led Tenija, Temperance and Tiara to attend church each and every single Sunday without fail on the basis of their loving mother Pastor Teresa Moton.
Simon Cowell famously stated during your successful showing on “The X-Factor” that “This is potentially one of the best groups we’ve ever had on The X-Factor”. How much did you learn both from a musical and business standpoint from Cowell throughout the course of the show?
Simon (Cowell) taught us to use our sisterhood on stage to command the crowd. To not just sing with each other; but sing to each other and vibe with each other.
Kelly Rowland praised you collectively for your outstanding harmonies on “The X-Factor”. Which recording artists did you grow up idolizing?
We learned our harmonies from church, growing up singing in choirs and Christmas solos, but we’re also Motown girls so we definitely get a lot of our inspiration and grew up mimicking the artist from the whole Motown era and movement – Martha Reeves, The Clark Sisters, Smokey Robinson, The Temptations, Sam Cooke, Michael Franks, Prince, Tina Turner, Michael Jackson. The list goes on.
How much do you feel you have grown musically since “The X-Factor”?
We’ve definitely had tremendous growth since the show. Never having performed on such a big stage before, now we know that being an artist is not just about the vocals but it’s about the performance as well. 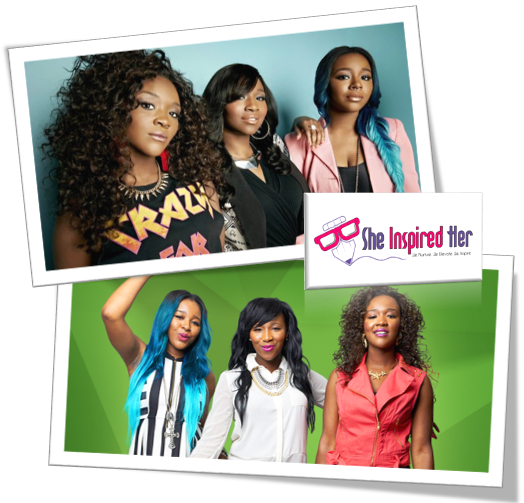 RoXxy Montana’s covers of Lorde “Royals” and Michael Jackson “Man In The Mirror” were amongst the revered songs which captured the hearts of “The X-Factor” viewers in the United States. Were you overwhelmed by the unprecedented response thereafter the live cover performances of these classic songs?
That Michael Jackson song…oh man. Any artist would get weak in the knees with fear when asked to do such a classic. That was literally the most nervous we’ve ever been when asked to cover a song. We didn’t know what feedback we would get after doing that one but we were beyond happy when we saw it was all positive.
Can you vividly remember the first album that you ever purchased?
(Tenija) “Baduism” by Erykah Badu, and it’s still my fav to this day.
(Tiara) Rascal Flatts’ self-titled album; I couldn’t stop playing “Prayin’ For Daylight”. (Temperance) “Led Zeppelin II”. It was the start to my lifelong love for rock music.
(Montana) She was very supportive during our audition process. After the audition process, we didn’t get to see the other judges (Kelly Rowland, Paulina Rubio) often, but when she was around she always had something positive to say.
Can you explain in detail regarding your forthcoming new single?
It’s gonna be an amazing record. We had a lot of creative input on it so we definitely have a personal connection with it. So we’re gonna try to give you guys the RoXxy Montana experience.
How was life for RoXxy Montana growing up in Detroit, Michigan?
We were raised in a small town (Wayne) outside of Detroit actually, so just listen to “Round Here” by Florida Georgia Line and it’ll tell you all you need about our life growing up. Our city has been extremely supportive of us on our musical journey.
How is life for the three of you now that you have relocated to Beverly Hills, California?
LA life is beyond different than Michigan life (so much faster), but we love it. We’re living our dream and getting to do what makes us happy. Although we do miss that Michigan weather.
What has been the most positive advice that you have received thus far?
Don’t give up and stay true to ourselves. Being different is not wanting to follow the norm is never a bad thing.
What are your primary goals for 2016?
To put out an amazing single, to finish and release an amazing album, go on an amazing tour and create a name for RoXxy outside of the show.
Do you have a live tour lined up in the very near future?
Yes. We’re looking forward to spring.
Do you have any creative projects currently awaiting in the pipeline?
We have four main projects that we’re currently working on – Music, fashion, fitness and our comic book.
RoXxy Montana Twitter: @RoXxyMontana
RoXxy Montana Instagram: www.instagram.com/OfficialRoXxyMontana
RoXxy Montana Facebook: www.facebook.com/RoXxyMontana
RoXxy Montana Reverb Nation: www.reverbnation.com/RoXxyMontana

Article and Interview by +Dean Perretta of www.InspireLSMagazine.co.uk