An initiative designed with the core aim to get the community more healthy, integrated and active, League of Fitness was created by Tollgate Medical Centre Patient Participation Group in association with the University of East London and Newham Clinical Commissioning Group. It was hosted by the West Ham United Foundation and funded by The Health Foundation.

League of Fitness was a 12 week course for Newham Residents from a range of ages, cultures, abilities and backgrounds. It took place from February - April 2018 in the London Borough of Newham.

Candidates were found by an initial selection of West Ham United Team Leaders and Patient Team Captains, then word of mouth, email and Whatsapp invitations spread across the local community until three teams were born! 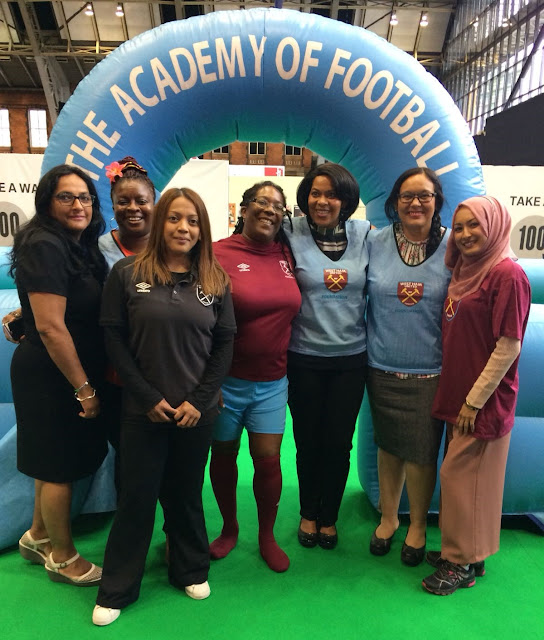 There was an all male team and two all female teams.
The teams named themselves; Wild Women, League of Gentlemen and Women Who Workout (WWW)! Not there to "compete", the teams were created to motivate each others competitive spirits to lose the most weight in 12 weeks via positive team spirit and good old perseverance!

Over a 12 week period there was to be one compulsory group session, per week, led by the Teams Leaders and taking place at various pre-selected Newham Leisure Facilities and Centres including Newham Leisure Centre and St Marks Community Centre, to end with an award ceremony congratulating all attendees for their dedicated participation and to announce the winning team.

Free activities were also circulated for teams and individuals to be able to work out across the 12 weeks, including activities such as Walking Football at Lister School and Salsa, Swimming and African dancing at Atherton Leisure Centre.

An awards ceremony was held at St Mark's Community Centre in Beckton after the event. This was the end of programme celebration where each team was awarded with a certificate for their dedicated participation in the programme and the winning team, who had lost the most weight combined, were announced to all participants.

Winning Team "Women Who Workout (WWW)", managed to lose the most weight across the 12 weeks and they won a Cooking and Fitness session at Food Academy in East Ham (formally Jamie Oliver cooking school) plus a tour of the West Ham Stadium located at Stratford Olympic Park. They were closely followed by Wild Women in second place and then League of Gentlemen in third. Each team involved managed to lose weight, make friends and have a great time across the programme and therefore they were all winners!