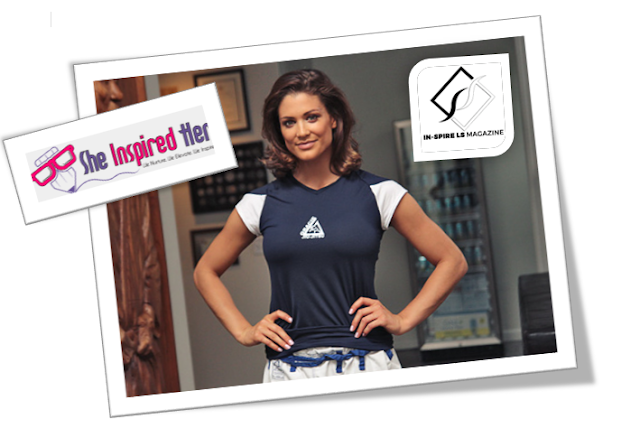 Teaching Gracie Jiu-Jitsu to Hollywood movie superstars Josh Duhamel, Guy Ritchie, Jim Carrey, Nicholas Cage, coupled alongside instructingGracie Jiu-Jistu to the CIA, FBI, DEA, Secret Service, Army Rangers, Army Special Forces, Navy Seals and Sheriff and Police Departmentsalone is an impressive feat which has scientifically proven that females and males alike the world over from all vocations and backgrounds are seeking to learn and master Gracie Jiu-Jitsu and ultimately reap its vast benefits once and for all. The Gracie Academy also has a Women Empowered program and promotes ethos of humility, honor and respect.
1 in 5 women are the target of sexual assault in their lifetime and this undoubtedly serves as an alarming statistic which clearly illustrates the reality of violence against women and a harsh reminder of women learning self-defense.
Official Bellator MMA Brand Ambassador, UFC Hall of Famer, Brazilian national treasure, sports icon and Gracie Jiu-Jitsu pioneer are among the endless accolades and titles which rank amongst Royce Gracie's prestigious career achievements. Being the pioneer of Gracie Jiu-Jitsu in the mainstream conscious has single handedly catapulted the honorary Brazilian practition and become a certifiable mainstay for health and fitness aficionados who even remotely consider themselves casual combat sports viewers.
The overall benefits in terms of health and fitness in becoming a Gracie Jiu-Jitsu practitioner is plentiful and even as an intermediate learner a practitioner will become acquainted with many significant pluses for a healthier lifestyle; Hélio and Carlos Gracie created Gracie Jiu-Jitsu in the early 1900s using techniques from the Japanese instructor Esai Maeda and also later formed Brazilian Jiu-Jitsu (BJJ) alongside Luiz França andOswaldo Fadda.  With the technique and knowledge of Gracie Jiu-Jitsu, the physical underdog can and will rise above in life largely due to the spiritual, physical and mental advantages which Gracie Jiu-Jitsu fully offers. Moreover, women in particular have cited Gracie Jitsu to highly improve self-confidence and ultimately self-defense from street violence and domestic abuse.
The incredible Gracie Jiu-Jitsu Academy in Torrance, California and the influential Gracie Network around the world continuously grows, whereas the Royce Gracie Training App – which is available on Google Play and iPhone App Store – is a confirmation that Gracie Jiu-Jitsu is more than a practition - It's a lifestyle.
In 2014, Royce Gracie was named one of the 50 Greatest Athletes in the World by Sports Illustrated and continues to spread the legacy and tradition of Gracie Jiu-Jitsu around the world for intermediate beginners to experts and to women and men of all ages, races and backgrounds.
In-spire LS Magazine provides the Top 10 Benefits of Gracie Jiu-Jistu and how the Brazilian practition can officially guarantee to improve your lifestyle starting from today.
1. Improvement of Self-defense
2. Increases stamina, memory, fitness and strength
3. Improves self-esteem
4. Improves problem solving
5. Builds courage
6. Develops humility
7. Builds patience
8. Increases fearlessness
9. Improves cognitive knowledge
10. Develops a healthy competitive streak