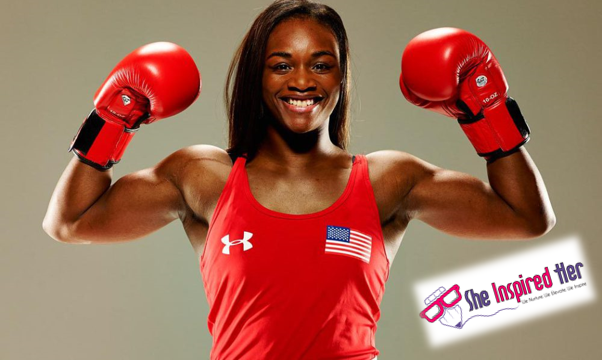 Current reigning and defending NABF Female Middleweight Champion Claressa Shields is a universally female empowering and highly inspirational professional athlete who has unquestionably overcome all major obstacles and testing challenges in her unique path throughout her life and career; Shields - who hails from Flint, Michigan - has been frequently referred to as "The Ronda Rousey of Women's Professional Boxing" by the mainstream media by virtue of her ever-growing accolades, positive influence in inspiring women to embrace combat sports as well as Shields' well-documented in-ring dominance.

The impressive 22-year-old Claressa Shields - who presently boasts a professional boxing record of 2-0 - defeated Franchon Crews inside the T-Mobile Arena in Las Vegas, Nevada in the 4th round via Unanimous Decision in her professional debut in November 2016 and followed up with a punctuating and emphatic win over Hungarian Szilvia Svabados inside the MGM Grand Detroit in Detroit, Michigan by way of TKO in the 4th round.

Shields' immense passion for boxing is embedded in her lineage as her beloved father Bo Shields had boxed in various underground leagues in Michigan although her father was in prison often from the time when Claressa Shields was two; her father was then released from prison when Claressa Shields was nine and Bo Shields often talked to his daughter about the greatness of Laila Ali - the multi-talented daughter of "The Greatest" Muhammad Ali - which led to Claressa Shields being inspired; Laila Ali held the WBC, WIBA, IWBF and IBA Female Super Middleweight Titles and also claimed the IWBF Light Heavyweight Title (Laila Ali retired from professional boxing with an undefeated record of 24-0). Claressa Shields' amateur boxing record was 78-1 and additionally claimed two Junior Olympic Championships and the National Police Athletic League Championships.

When growing up, Shields was sexually abused by her mothers boyfriends and was subsequently baptized at age thirteen - two years thereafter starting her boxing journey - and began attending church with regularity in Flint, Michigan.

Thereafter finding positive strength and salvation in Christianity and her lord and savior Jesus Christ, Claressa Shields then left home in Flint, Michigan. Prior to each fight, Shields frequently prays and talks about God's much greater plan for her life. Shields often states that it's because of "All glory to God" for her major success in life and in her career. 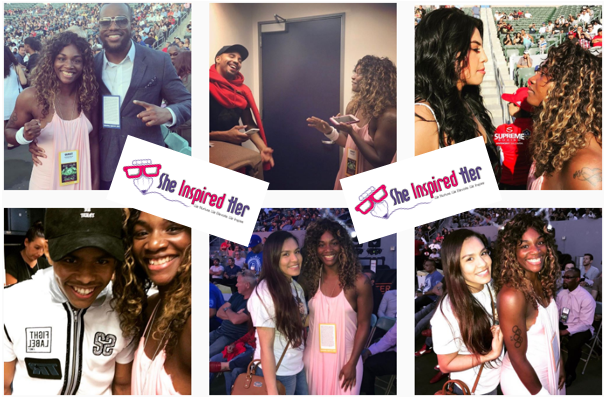 Flint, Michigan is the seventh largest city in Michigan and has notoriously experienced economic depression courtesy of the fall of the acclaimed big three in the auto industry in Michigan (Ford, GM and Chrysler), coupled alongside a highly violent crime rate (300% higher than the Michigan average and 90% higher than the national average), its riddled unemployment rate (5.8%) and the infamous water crisis which sadly witnessed a drastic change from Lake Huron to Flint River. The water transition in Flint, Michigan was compounded with the fact that anticorrosive measures were not implement during the switch thus resulting in the widespread poisoning of Flint's residents; Flint, Michigan is 74 miles away from Windsor, Ontario (Canada) where the water resources remain far superior. This was the reality which Claressa Shields grew up in and although the people of Michigan in general are very polite and mean well, this harrowing and harsh reality could not be substituted and erased unless Shields adopted a positive mindset to write her own reality and narrative - boxing.

Claressa Shields grew up in an environment which reflects the true reality of the nation; which inspired Shields to work harder and be smarter. The hardships in Flint provided infinite wisdom and life experiences for Shields despite being only 22.


At present, Claressa Shields is an official ambassador for national non-profit organisation Up 2 Us Sports, an organization which fully champions and supports underserved youth by providing them with coaches trained in positive youth development.
Overall, Claressa Shields' against all odds journey transcends professional boxing and is an inspirational tale which highly resonates with those who want to change their life and create their own legacy. A litany of great professional boxers have come out of Michigan, including Floyd "Money" Mayweather Jr, Sugar Ray Robinson, James Toney and Chris Byrd to name a few, coupled alongside great sports people from Michigan such as tennis superstar Serena Williams.
Claressa Shields' name will no doubt join the aforementioned list of prolific professional athletes from Michigan in due course whilst blazing a red-hot trail to ensure that Shields becomes one of the hottest commodities not just in women's professional boxing, but in professional sports overall. The Claressa Shields era has indeed begun.