Ayleet Productions Founder/Business Woman Nieka Burnett recently announced that the highly anticipated Party Divas Awards Show ceremony hosted at Lovecroft in New York, on October 14 will officially be donating a portion of the proceeds to the reputable registered charity Lupus Foundation of America in dedication to her beloved late cousin Teria, who recently sadly died of chronic autoimmune disease at the young age of 29.

In loving memoriam, Ayleet Production's Nieka Burnett is highly determined to inspire New York and raise funds during the much-awaited Party Divas Award ceremony to fully ensure that Ayleet Productions can inspirationally assist in solving the puzzling mystery of Lupus - one of the world's most cruellest, most unpredictable and most devastating diseases, whilst additionally supporting women currently suffering from the brutal impact of the life-threatening illness.

The Party Divas Awards Show on October 14 inside Lovecraft in New York, New York will honor and celebrate the hard-working women in the entertainment industry with the fullest gratitude and respect that they so richly deserve, thus making these incredible women further aware that their dedication, passion and sacrifice in their field deserves to be rewarded with recognition, honor and respect opposed to being ostracised, overlooked and forgotten. 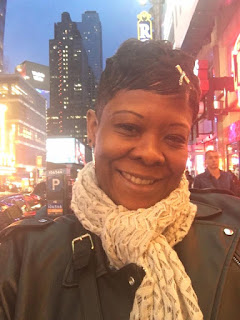 Through a comprehensive program of research, education and advocacy, the Lupus Foundation of America leads the fight to improve the quality of life for all people affected by lupus. An unpredictable and misunderstood disease in which the immune system is out of balance, lupus causes damage to any organ system in the body;Nieka Burnett is a passionate advocate for the Lupus Foundation of America.

With the endless help of kind donations for the Party Divas Award Show, it is indeed Ayleet Productions’hope that the positive deeds, dedication and selflessness of the Lupus Foundation of America can get one step closer to improving the lives of people with lupus.

Q: First and foremost Nieka, can you please explain in detail to the audience more about the very inspirational Lupus Foundation of America and the motivational impact that the successful organization has had throughout the nation since its inception?

They're devoted to solving the mystery of lupus, one of the world's cruellest, most unpredictable, and devastating diseases, while giving caring support to those who suffer from its brutal impact. It was an impact on my family because I lost my cousin at a very young age. I am my cousin's biggest advocate and it's important to me to help this movement to end lupus.

Q: The Party Divas Award Show will indeed be taking place at Lovecraft in New York on October 14. What do you have in store for this very positive event in New York?

I will be having artists perform and some of the women DJ's will be playing at the show, showing off their skills. Plus an East Coast versus West Coast All-Star DJ Battle - voted on by the audience - will crown reigning champs and celebrate the talents of the top brass from New York to California.

Q: The Party Divas Award Show will officially be donating a portion of the proceeds to your beloved late cousin Teria, who sadly and untimely passed away aged 29. Can you talk about Teria's courageous fight with Lupus and how positive Teria ultimately remained during the vast adversity that unfortunately came her way?

My cousin Teria's passing was unexpected. Teria felt ill thinking she had the flu. She went to the hospital and less than an hour later she was deceased. Lupus was the last thing on my family's mind when Teria died. We were not aware of Teria having lupus until six weeks later when the family received the autopsy report. That's when we found out that Teria had had lupus and that it was the cause of her passing. I'm quite sure if Teria had known she had Lupus she would've been getting treatment knowing she had two beautiful daughters to live for.

Q: For those who are unaware, what are generally the key symptoms for Lupus disease?

Q: The banner achievements, immense talent and endless hard-work of highly talented women will be officially celebrated at the much-awaited Party Divas Award Show in October. Who are some of the true unsung female heroes who will be in attendance for this unadulterated night of inspiration and celebration?

I called them the special women who are generally forgotten when awards are handed out. They're bartenders, managers, cleaning ladies, hostesses and security.

Yes. It needs to be promoted because most people don't know much about lupus. Many are also unaware of the symptoms and how critical it can be if untreated.

Q: The Lupus Foundation of America is a bonafide leader in the nation and has largely inspired millions of lives on the basis of the organisations strong ethos, integrity and mission statement. In your opinion, what is the most inspiring story that you have heard from a woman currently battling lupus disease?

Lupus awareness saved my life and provided information of treatment including maintaining a healthy body and mind and learning it's not the end.

Q: Can you tell the audience in detail about the incredible Ayleet Productions and of course all of the incredible hard-work that you have done and continue to do in your community?

Ayleet Productions is a new Brooklyn-based production company specialising in Reality TV shows, documentaries, award shows and management for upcoming music artists. My goals are bringing people together, meeting new people and highlighting the women who need to be recognised in their careers from DJ's, Promoters, MC's and new upcoming artists.

Q: What are the biggest misconceptions about lupus disease in your opinion?

The biggest misconception is that it's not serious. People say, "I don't need treatment" or "I'm too young and I feel fine."

Q: Last but most certainly not least Nieka, what message do you have for the extremely brave women currently experiencing lupus disease?

When you get your yearly check-up, ask to check for Lupus and be mindful of the symptoms, as well as how extremely serious and medically harmful it is. And most importantly, don't give up!