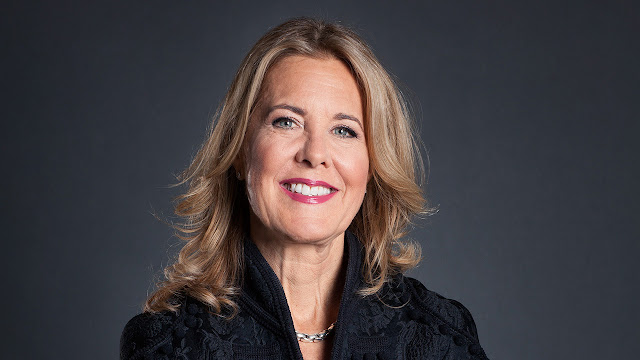 PRS for Music has announced that Andrea C. Martin has been appointed Chief Executive and will take up the position on 17 June.

Her career has been varied and international, working for a diverse range of data-focused and big subscription-based organisations. She has been President and CEO of three international business units with Readers Digest Association, a multi-brand media and entertainment company, Managing Director of data services for the Royal Mail in the UK and President of ADT Canada.

Andrea has experience of working for listed and private organisations, state owned, as well as not-for-profit businesses. A recognised leader and transformation specialist, her focus has been on delivering exceptional customer service and growth, utilising technology and big data. She has a proven track record in building strong teams, investing in employee development and multi-stakeholder communications to lead highly performing businesses.

Andrea will lead an organisation of 500 people across two London sites, three joint ventures, representing 140,000 songwriters, composers and music publishers. PRS for Music has been at the heart of a changing global music industry, leading the way in licensing new services and collecting greater royalty revenues for its members year-on-year. The business has transformed how rights are managed and data is processed, allowing UK music creators to earn more from their music, wherever and whenever it is used.

I am honoured and excited to lead PRS for Music and have the opportunity to shape the future of a renowned UK and global music business, that is inherent to its songwriters, composers and publishers. I look forward to working with the team and the Board to ensure our members and customers are well served.Andrea C. Martin

Andrea is an exceptional business leader and I know will continue and accelerate PRS’ development into the world’s leading rights management organisation. Our industry is changing and increasingly competitive; we have to offer the best service and experience to every member, every customer and our employees too. I look forward to working with Andrea to deliver our vision and would like to welcome her on behalf of all of members.PRS Chairman, Nigel Elderton

The Board would like to extend their thanks to Robert for his ten years of service to the organisation and the considerable impact he has made. Under his stewardship royalty revenues have grown 70%, the business has been transformed and PRS for Music has successfully led the fight for copyright both in the UK and internationally.

Robert will work with Andrea in her transition to the role as Chief Executive.

About PRS for Music

PRS for Music represents the rights of songwriters, composers and music publishers in the UK and around the world. As a membership organisation it works to ensure that creators are paid whenever their musical compositions and songs are streamed, downloaded, broadcast, performed and played in public. With over 100 representation agreements in place globally, PRS for Music's network represents over two million music creators worldwide. In 2018, 11.2 trillion performances of music were reported to PRS for Music with £746m collected on behalf of its members, making it one of the world’s leading music collective management organisations.