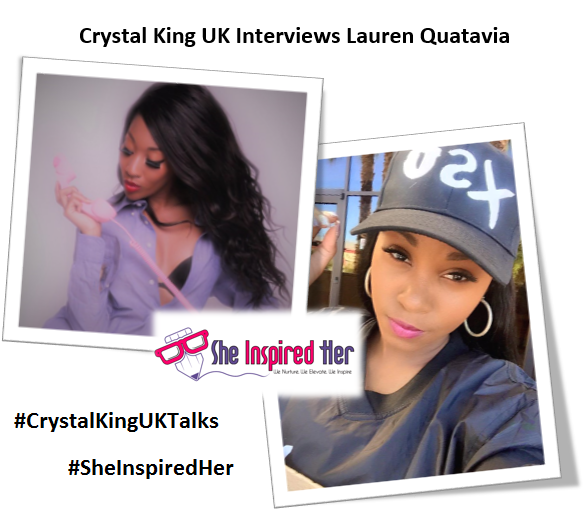 How better to start the year than with an insightful and inspiring interview with a female who has been rising from strength to strength in building her career over many years as a television and film actress and commercial print model and has now landed a great, career propelling role featuring as a guest actress in Season 7 of the hit horror-drama U.S AMC TV Series The Walking Dead, proving once again that persistence is the key to success!

Check out She Inspired Her's Editor-in-Chief Crystal King UK's up close and personal interview with none other than the beautiful and unstoppable Lauren Quatavia!

Crystal King UK: First of all a HUGE congrats on landing this great new role Lauren, guest featuring as one of Negan's wives in the hit horror-drama AMC TV series The Walking Dead. This is a great role on a very popular show and no doubt will take your career to new heights, we are proud to see your progress and no doubt this interview will be an inspiration to many of our readers. I am excited to get to talking about your new role but first lets take our readers back a step so that they can see how you got to where you are today. I am sure they will find your journey to be an inspiring one.

Q: So you started off your career in the spotlight as a model doing a variety of gigs including being a Brand Rep for Hershey Foods and Hardbody TV, and doing top-level gigs with Ecstasy Models. What steps did you take at this early stage of your career to get ahead and to get noticed?

"I went out to as many networking events as I could. I also sent out my professional photos in to agencies but nothing is better then meeting people face to face" 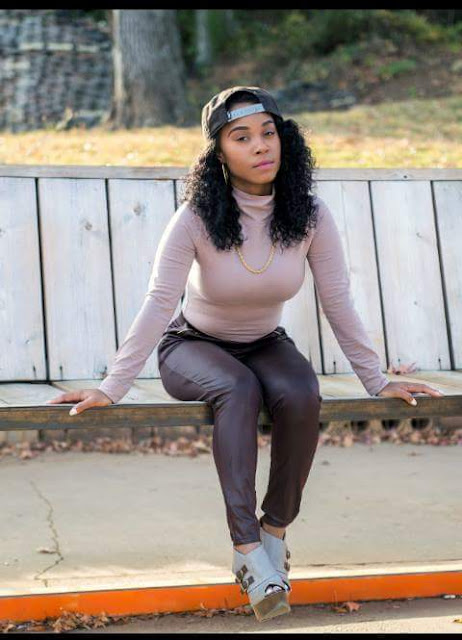 Q: Being a multi-talented and determined individual you also worked on many other projects alongside modelling and acting, including the creation of various magazines, assisting casting directors and music video directors with their projects and completing a Code Red Tour with signature girl band XSO, for R&B superstar Monica, featuring Rico Love! Busy girl! It sounds like a lot to juggle, how did you manage to stay focussed on your goals and targets within and around these roles and would you say that working and networking in this way has led to your current position in the industry?

By assisting and working behind the scenes I got an inside look at how the process really works. I learned so much while working with everyone which in turn helped me make the right decisions for my own career and goals. Networking has helped me get to this position but you still have to make sure you do everything you can on your own to reach your goal and show the people you network with that you are serious.

Q: Great advice! So fast forward to today and congratulations again on landing this fantastic role on the hit horror-drama AMC TV series The Walking Dead. This is a great turn for your career and with its global fan following it is sure to propel you even further into the spotlight, well done! So how did this role come about and how did you find/enjoy the audition process?:

I saw a posting on a casting site that I fit. It did not say what show it was for but I submitted. About a week later the casting director reached out to me to come in for a fitting. It was a direct booking from pictures so I actually did not have to audition.

Q: How did you FEEL when you got the "yes" call for the role? Can you take us back to that moment for a second and describe it to our readers?

I couldn't believe what I was reading. Once I got the details on it being for The Walking Dead I was ecstatic and ready to shoot.

Q: Wow, I can only imagine - what a great way to find out when you already have the role! Tell us a little more about the character that you play in The Walking Dead! What have been the highlights so far on set, getting into character and working alongside the other actors on this great series?


I play one of Negans wives. We are scared of him so we really can't have much personality. I loved recording my character because I got the chance to portray me being scared which is opposite of me in real life.. One of the many highlights of working on this production was being able to watch and learn from the very talented actors and actresses of this show. 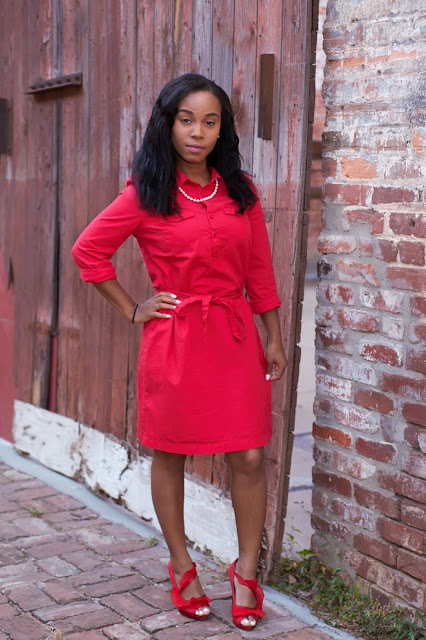 Q: We all know that the TV and modelling industry can be a very difficult place when you are up and coming and trying to make a name for yourself in general, but it can also be especially as an African American female. Did you face any issues/problems while on your rise to fame and if so how did you overcome such obstacles whether race related or other?

Being an African American woman in this field is more challenging but it is even more rewarding when you succeed because you break those boundaries. Men in general are thought to be more superior but each day there is a woman out there somewhere achieving goals that were said to be unattainable. The only issue I have run into while starting was, I was beginning to become type-casted for my looks as a vixen but I never let that happen because I knew I was so much more than a pretty face.

Q: What is the main piece of advice that would you give to any other women working towards a career in tv and modelling?

Be confident in yourself. Not everyone is going to give you a "yes" but take that as motivation and not discouragement.

Q: Finally, would you like to leave us with a positive quote (either your own or a famous one) that you like to live by?

Crystal King UK: Well what a beautiful way to wrap this up! That is a great quote Lauren and you are a true inspiration and real hard evidence that good things come to those who stay focused, work for what they want, network and grab opportunities! We look forward to seeing and hearing more from you in the near future.
Thank you for sharing your journey with us today and with the readers here at She Inspired Her! Please continue to be a role model for women and to inspire greatness!

Lauren Quatavia: Thank you to She Inspired Her and your followers/viewers.  Without your support this journey becomes extra tough.  You are appreciated

The Walking Dead airs every Sunday at 9 PM Eastern time (also available via other network and online platforms for UK viewers). Lauren will be featured in several episodes of this hugely popular show, based on the award-winning Walking Dead comic book, which follows an unlikely band of people struggling to survive a sudden zombie apocalypse. With its global fan following the series is sure to take Lauren Quatavia to soaring career heights.