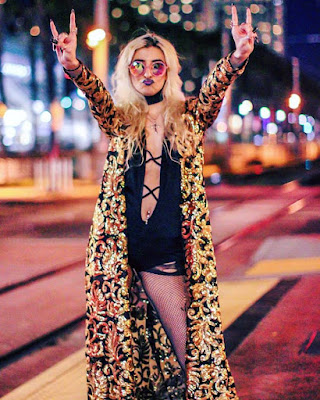 Villa's prominent career highlights to date include Runway for LA Fashion Week and marquee features in Women's Wear Daily, Forever 21 and appearing on Spike TV to name a few.


Alexa Villa began her entertainment career at the age of 7 when she started taking piano lessons and playing for school talent shows, local recitals and singing/harmonising in theatre shows.

The multi-talented entertainer grew up going to band practices and shows for her parents' band and later her brothers band and inevitably started her own band Oversoul at age 16. Oversoul played live shows at the Whiskey in Hollywood, Soma in San Diego and at the prestigious Vans Warped Tour among other marquee venues and events. 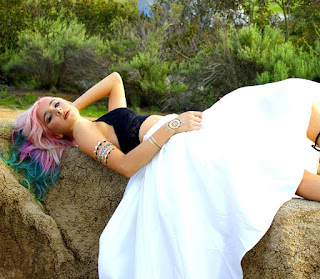 Alexa Villa is an extremely passionate, inspirational and relentless individual in pursuit of creating music and performing live. The gifted musician/actress/model recently released brand new EP entitled "Act I" and 3-time Award-winning In-spire LS Magazine caught up with Alexa Villa to talk about the "Act I" EP, the most positive influences in her life, featuring on Runway for LA Fashion Week, her all-time favorite frontwomen in music history, acting in Los Angeles and San Diego, her passion for modelling and much more only on In-spire LS Magazine.
Q: First and foremost Alexa, "Act I" is the title of your brand new EP. How was the creative process overall in hindsight when creating the record?

The creative process for me was a long one. Some of the songs from this EP ("Act I") were written a few years back so I'm really excited to finally be releasing them. The creative process for me is so liberating. I love having the freedom to add, change and take away parts and different sounds and just really have fun with it. I start with whatever idea comes first, be it a lyric, melody or chord and run from there. In hindsight each song was so different and I think this might be the best quality I have produced yet. 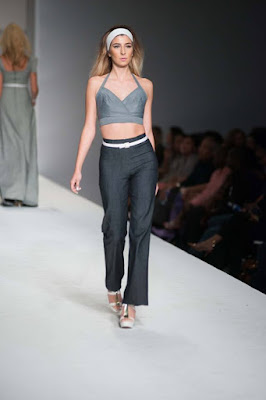 Q: How would you personally describe the sound of the "Act I" EP?

I would describe the sound of "Act I" as eclectic and quirky. I think it reflects my personality and is really honest. I call it grunge pop with a little blues feel and a whole lot of attitude.

Q: Past or present, which recording artists did you draw inspiration from during the process of creating the "Act I EP"?

My influences are all over the place. I listen to artists from Lana Del Rey, The Neighborhood, and Halsey to Led Zeppelin and Fleetwood Mac to Lady Gaga and top 40 to Anderson Pak to Rick James. I really love all kinds of music; anything that makes me move. I guess I pull inspiration from that.

Q: Can you explain the meaning behind "Wanted" from the "Act I" EP?

"Wanted" actually came to me in the middle of the night in a dream. I woke up with this droning melody stuck in my head and got up and wrote the verse. Lyrically it stands for anyone who is finally taking a stand for themselves. Someone who is brave and ready to walk away from a toxic situation. It stands for a person who knows they can be appreciated elsewhere. I think it's important to know your value and really choose who you surround yourself with.

Q: Who has been the most positive influence both in your career and life?

My family has been by far the most influential and supportive people in my life. My parents met in a band and my brother and I grew up going to their rehearsals and shows. They truly understand my passion and the work that goes along with it because they've been there. They share the same passion and encourage me everyday to keep going. I honestly would not have had the confidence or endurance to pursue my dreams without my family. 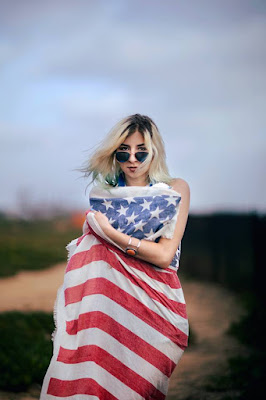 Q: Featuring on Runway for LA Fashion Week coupled alongside being spotlighted on Women's Wear Daily, Forever 21 and of course appearing on Spike TV to name a few are major career highlights. Other than the aforementioned feats, what are your biggest career highlights to date?

I think my biggest highlights would be playing Warped Tour, or maybe opening for The Darkness, or the radio shows that I've been on. Also, featuring in Music Connection was awesome. It was pretty cool walking into a store and finding my face in a magazine. I think a personal highlight would be when an audience member approached us after the show and said that my music was keeping him off drugs. That was really inspiring!

Q: Acting part-time in Los Angeles and San Diego is also another element of your very versatile creative muse. When did you officially become involved with acting and what is the most challenging facet of being an actress in Los Angeles in 2017?

I started acting in drama class in middle school and continued through High School. I think the rejection is the most challenging facet. Auditioning without response time after time can be really disheartening. But finally getting the job here and there is like, "Oh hey, I can do this!" 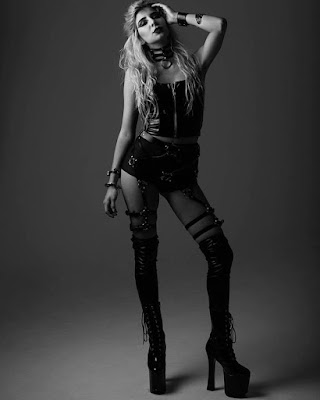 Q: Who inspired you to become a model?

"America's Next Top Model" really inspired me to try it! I used to binge watch the marathons and practice my walk down the hallway. Growing up, I always loved to dress up and play with makeup and all that, too. Also, seeing my brothers band do their promo pictures I would hop on set and snag a few shots. I think being around that made it feel natural for me.

Q: Having started Oversoul at age 16, the band played live shows at the Whiskey in Hollywood, Soma in San Diego and the highly acclaimed Van Warped Tour among many other marquee venues. With that being said, who are your all-time favorite female frontwomen in music history? 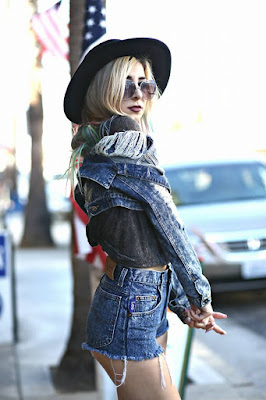 My favorite female frontwomen would be Ann Wilson from Heart, Janis Joplin, Linda Ronstadt, Stevie Nicks, Debbie Harry (I love her performance on stage), Gwen Stefani has a really great presence, Donna Summer is awesome. There are so many strong women in music!

Q: Before we leave Alexa, what can the fans expect from you in the very near future?

Fans can expect more music and videos. I am always writing, so there will always be more music! Also, I plan to really start hitting the stage again now that this EP ("Act I") is ready, so stay tuned for show dates and new merch!