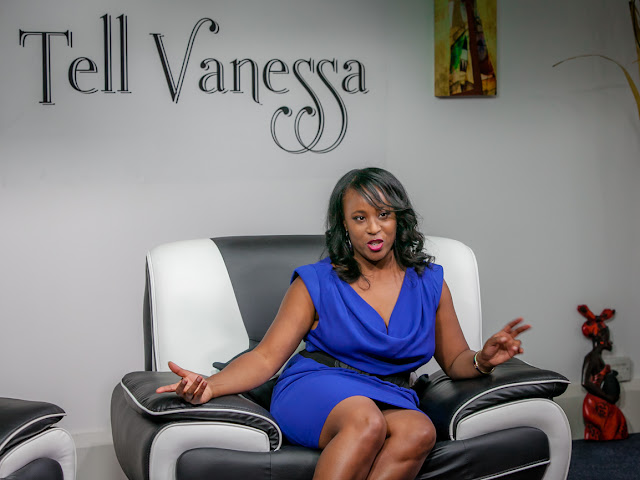 "Tell Vanessa" was originally syndicated on SKY TV channel BEN where the hit multi-format lifestyle and entertainment series garnered over 250,000 viewers per week prior to transferring to the more widely appealing SKY Showcase; "Tell Vanessa" has over 20,000 likes on Facebook.

Vanessa Cruickshank - who is of Monserratian and Grenadian heritage - is a well-respected seasoned media professional who has essentially paid her dues throughout her successful career, whilst continuously remaining uber-grounded and creating her own business and creative avenues and opportunities in her successful career; "Tell Vanessa" has just finished its second season and the vastly articulate, pint-sized presenter is currently anticipating the future of "Tell Vanessa" courtesy of her visionary adeptness and creative acumen.

The multi-talented Surrey-born presenter - who grew up in Chiswick, west London from the age of three - is a savvy, well-spoken and driven businesswoman whose advanced level of perfectionism is extremely meticulous and the presenter works on-set with a highly exceptional team on "Tell Vanessa" which are equally as precise and hungry to firmly execute excellence consistently throughout the SKY TV hit show and throughout the "Tell Vanessa" series.

Prior to creating "Tell Vanessa", the versatile presenter had no prior experience in presenting although it was indeed her background in drama and performing arts which sufficiently eased the transition and inspired a childhood dream of presenting to come true.

However, "Tell Vanessa" has a defined equalibrium with light hearted and positive themes which both inspire and uplift viewers. Vanessa Cruickshank has interviewed 3-time Award-winning and Future 100 certified In-spire LS Magazine (Founder/Editor-In-Chief Sasha Shantel Bennett and COO Dean Peretta), Rodney Hinds of The Voice (UK), Soul Artist Don-E, the Queen of Lovers Rock Janet Kay and many more inspiring success stories and individuals in the world of business, entertainment, media and lifestyle.

Moreover, the incomparable Vanessa Cruickshank has ethically obliterated the proverbial glass ceiling and has simultaneously shattered all barriers which have previously stood in her path throughout her inspiring journey and life to rightfully claim the rights as a bona fide woman that means business in British television broadcasting and media.