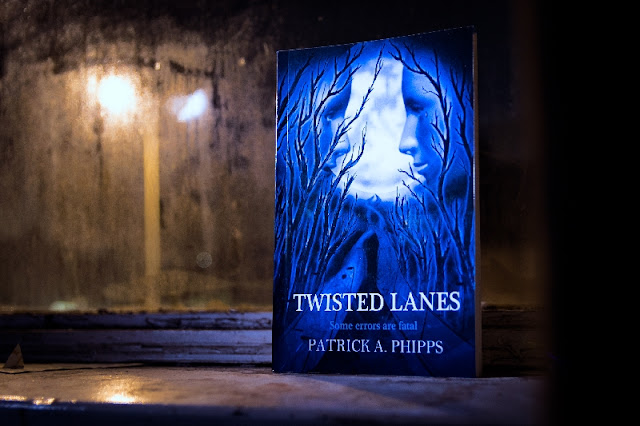 UK Author, Teacher and Entrepreneur Patrick Phipps grew up in East London struggling with dyslexia in school and battling with the contrasts between what he was told he could achieve versus what he truly knew was possible for him. Phipps always had a natural entrepreneurial flare and creative abilities and through sheer perseverance and belief in himself and a passion to provide for his wife and two daughters, he is now the author of three books, a qualified teacher and assessor teaching Barbering at East Ham College and a serial entrepreneur being the owner of ‘Cut Above The Rest’ barber shop in East London which has been successfully running for 28 years. Patrick is also a qualified Reiki Practitioner and the owner of a hand-made crystal jewellery line.

A few years ago, Patrick Phipps released his first fiction paperback book ‘Twisted Lanes’, an urban, gritty and emotional tale inspired by real life in the streets of East London and following the success and positive reviews received by ‘Twisted Lanes’, Phipps is now on a mission to create a special braille selection of this relate-able tale, to blind and partially sighted adults from Black and Ethnic Minority groups, via local public institutes and organisations for free public access. This being strongly driven by his own battles with dyslexia and a consequential understanding of the importance of accessible reading for all. The final braille books are to be placed in public institutions which cater to the targeted demographic, including but not limited to, local libraries, colleges, social hubs and universities.

Patrick Phipps has created a Go Fund Me Campaign to assist in raising the funds required to create the braille editions of ‘Twisted Lanes’. The mission is to raise £3.5k to be able to create a selection of the adult braille editions of Twisted Lanes and to be able to successfully distribute them to the right organisations, to ultimately make a difference by adding to the variety of braille books available to people who will enjoy having access to them.
Once this goal is reached with your help, Patrick Phipps will be donating THE ENTIRE BRAILLE EDITION OF TWISTED LANES to institutions, groups, colleges and libraries across the UK! 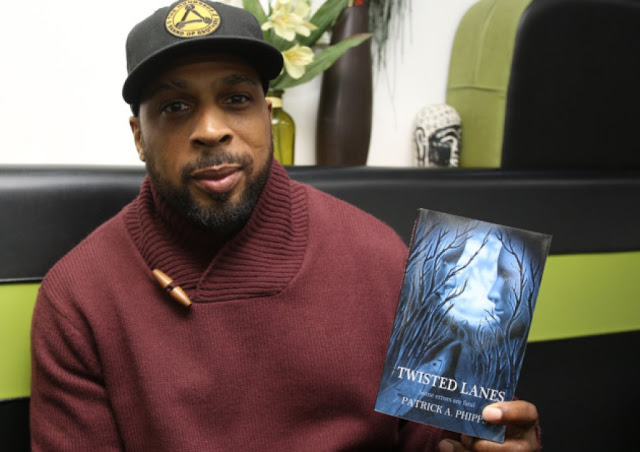 The Overwhelming Statistics:
Sight advice FAQ reported that over two million people in the UK live with sight loss, that’s around one person in 30. In 2014, around 350,000 of those were registered with their local authority as blind or partially sighted. It is predicted that by 2030 the number of people with sight loss in the UK will rise to over 2,700,000 and by 2050 will double to nearly four million. This showing that blind and partially sighted people make up a large part of our community, yet blind readers face a dramatically limited choice of book titles and are therefore limited to only being able to read what is sparsely available to them. Only 7% of books are available in large print, unabridged audio and braille.

These statistics are astonishing, and they stand to highlight how marginalised this particular group of readers are. The lack of variety for people of all ages, races and cultures to be able to pick up a braille book they would love to read is unacceptable and this needs to change. As well as being a tool of education, books serve to enrich the imaginations of the people reading them.

Why your help is neededUnfortunately, like most things, the solutions come down to funding and this is the very reason why we need your help via this Go Fund Me Campaign, the success of which will fund a selection of Braille version of Twisted Lanes to be able to be curated!  After researching the cost of creating these braille editions put together this Go Fund Me campaign to get the project off the ground and make it possible! Braille books are not cheap to create but they will be totally worth-it knowing that they will be received and enjoyed again and again by  those who deserve to get lost in a good story as much as anyone else does,making the end goal totally invaluable.A good read has the ability to take us away from the mundane and open up our senses to whole new worlds and concepts, igniting dreams and stirring passions. Books can nurture our ability to empathise with others as we connect with the characters within stories that we read, allowing us to draw from lessons learned throughout the plot. This was Patrick Phipps' vision when he wrote Twisted Lanes. He says: "I wanted to create key characters and a strong inter-connected story line between these characters, that would be relate-able to others. I was particularly interested in the stories and their lessons reaching out to young people and ethnic minorities, as well as those who may be vulnerable and still learning about how vital and influential the choices that they make are, not only to their own lives, but also to the lives of others. Equally, I wanted for everyone who picked up the book and read through its pages to find it relate-able and to take on its lessons".

To make a contribution to this GO Fund Me Campaign Click Here
https://www.gofundme.com/twistedlanesbraillebooks