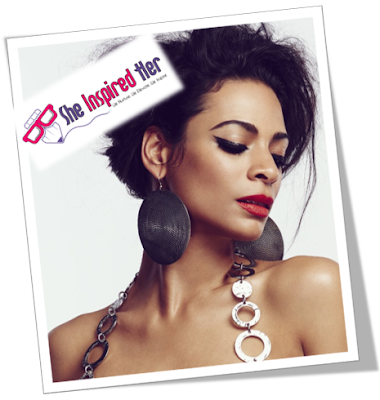 Born in Freetown, Sierra Leone, the multi-talented African entertainer - who is also of Lebanese heritage - was unwillingly forced to flee to the United Kingdom from Sierra Leone with her family at a very tender age courtesy of the Kadi family home being savagely attacked during the well-documented Sierra Leone blood diamond conflict.

Q: First and foremost Yasmin, “No Drama" is the title of your incredible brand new single. Can you explain in detail to the audience about the intricate creative process of the inspiring single "No Drama" and of course the lyrical meaning behind the record?
Like most of what I write, it just comes to my head. Sometimes it’s the melody, followed by the lyrics. Sometimes I hear a production and the words are literally just flying out. Then as the song develops, you play about more with the melody and lyrics. The song is about a significant other who you really like, but their jealousy is causing a lot of arguments and issues in the relationship. It gets to a point where you can’t take it anymore, so you say that’s it! I’m not interested in your drama, just go home to your Mama.  I’m sure a lot of us have been in this situation at some point.

Q: The much-anticipated crowdfunded offering "No Drama" was produced by the very talented SOS who has previously collaborated with a pantheon of global music titans in Ariana Grande, Emeli Sandé, Stormzy, Wretch 32, Tinie Tempah amongst various other A-list superstars in the music industry. How much overall did you learn musically collaborating with a producer in the caliber in that of SOS?

Working with SOS felt like I was working with my brothers. We had a lot of fun and banter, and several play fights in the studio. We were all simply doing what we love doing and there was no ego. They listen to me as an artist and what I was feeling and the direction I wanted to go in, and we created from the heart. What I learnt was to continue to stay true to myself.

Q: Born in Freetown, Sierra Leone you were subsequently forced to flee to the United Kingdom from Sierra Leone at a very tender age courtesy of the Kadi family home being savagely attacked during the well-documented and heinous Sierra Leone blood diamond conflict. Can you vividly recount your very own recollections of this very harrowing chapter not only in Sienna Leone's history but also that of a deeply significant chapter and turning point in your life also?
Wow! I think I’d need several books to talk about that. Yes, it was horrendous seeing your dad beaten to the ground with guns. It was just as bad scrubbing his blood off the floor the next morning, but I never considered us to be victims because we were the lucky ones. We managed to escape eventually and were given a second chance at life in the UK. That is the most important thing to remember and focus on because so many people couldn’t escape. They suffered and after we managed to flee, a lot those people and their loved ones continue to suffer today.

Q: When you initially arrived in the United Kingdom with your beloved family, how long was the transitional period of adjustment to become firmly acclimated to the British culture and lifestyle and do you personally feel as though there is still a profound sense of assimilation somewhat for refugees who come to the United Kingdom in search of a better life?

I’d say adjustment took a good few years initially, but transitioning from one culture to another is constantly ongoing, so I guess it takes a lifetime. For example, when we have friends over at my mothers, we get carried away in a conversation sometimes and switch from English to Creo without realizing. For our friends to understand what we are saying, we try and make a very literal translation between the two languages thinking it will mean the same, but it ends up meaning something completely different and you tend to forget at times.

Q: During the testing period where the Kadi family was unfortunately homeless, staying in a hostel in Sydenham and later in a council estate in Forest Hill presented itself. With all of the bitter hardship which came during and thereafter this particular timeframe, how much did south London shape you as a woman above all else?

Q: When was the last time you visited your native Sierra Leone and has the nation radically changed since you migrated?

I visited Freetown in 2007 I think. I’d just done a six month stint for a west end musical and was off to Germany, so I went during the break in between. The country was a lot different than I’d remembered to be honest. Then again, maybe as a child back then, I saw things differently.  And as you can imagine, there was a civil war for ten odd years, so it was very underdeveloped and there was a lot of poverty. It was heartbreaking to see.

Q: You were once quoted as saying “No matter how bad things are, there is always hope. You can fight the odds and still achieve things in life without selling yourself for a price or compromising who you are and what you stand for”. What words of advice do you have for women out there who want to truly find their true identity and parlay that very unique identity into their career and life to succeed?

Goodness, I’m not sure if I’m qualified to advise. I can only speak about my experiences and how I’ve dealt with things and what I’ve learnt thus far – which is the quote above. It is very tough and not easy at all. But like most things in life, we are faced with options. One, you can work as hard as you can, stick to your principles, surround yourself with like-minded people and stay true to you. It may take longer to achieve your goals but you are not compromising your integrity, who you are as a person, and what you stand for. Or two, pretend to be someone else and be prepared to keep that act up for a long time to come. For me, it’s hard to be anyone other than myself. It would be a very tiring role and no matter how good you become at playing that character, the curtains will come down eventually.

Q: How was your experience in hindsight headlining the very empowering Women of the World Festival 2016?

In short, that was one of the best and the most enjoyable show I’ve ever done. To see people lost in your music and witness the joy it brought to them was just out of this world. There were people of all ages and from all walks of life dancing together. It is an artists dream to bring such a diverse group of people together. I’m very grateful to Southbank for giving me that opportunity and honored to say the least. It continues to fuel me on my journey and makes all the hardship well worth it.

Q: What have been the biggest obstacles that you have had to overcome in your career?

Everything and anything you can think of including musicians walking off on you on-stage during a set. People saying you would never amount to anything, not having enough money to get by...the list is endless. Also, I know this line has been used again and again, but there is a reason why we hear it so many times: ‘Being a woman’. Being a woman in the music industry can sometimes make things tricky. Not all men, but some men view you as a potential “whatever fantasy they may have in their mind”, instead of an artist. Other times, you work with someone amazing who says you inspire them and they respect your talents and are interested in nothing more than your talents.

Q: Lastly Yasmin, what highly inspirational words of wisdom would you like to share with In-spire LS Magazine readers who are currently looking to achieve their goals in life?

If I may, I’ll keep it simple – Just be you. Don’t be afraid to ask for help and speak about your fears. Learn from those smarter than you. Look at people who have achieved what you are trying to and find out how they did it. Get in touch with them if you can. You will be surprised at how forthcoming some people can be – remember they are human beings just like you and me. Hardship comes, but also goes. Everyone cries and it’s okay to not be okay. Don’t be too hard on yourself, have hope, surround yourself with positive people and enjoy this once in a lifetime experience called life. Do what you can and don’t let fear get the best of you because you will always question yourself on why you didn’t try and what if. Oh and ignore negativity. Don’t let it steer you off your course. Easier said than done, I know, but you have a choice - waste your energy on it or stay focused and use that energy to help you get closer to your goals. A trick I finds that helps me is this – If someone has really annoyed me, I write down exactly what I want to say to them in that moment to release my annoyance. I’ll leave it for a bit then go back and read what I’ve written. Lets just say it makes for an interesting read and more importantly makes me laugh. Lots of love everyone and the very best of luck.