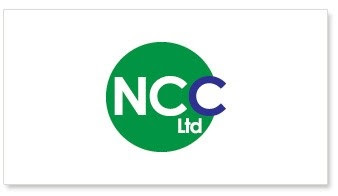 It’s lift off for our breakfast trip to the City!

Since formally launching invitations on Friday to the special FREE breakfast meeting at sponsors Freshfields Bruckhaus Deringer llp, 65 Fleet Street, London, EC4Y 1HS on Friday, March 10th we have already topped 40 bookings – and one-fifth of these have included men. So, don’t be shy, gentlemen, join in this exciting occasion. The meeting is open to non-members.

...And it is special. We have a fabulous line-up of panelists for a question-and-answer meeting chaired by ITV newsreader and journalist Julie Etchingham.

Anita Dobson, Actress and singer, who is best known for her role as Angie Watts in EastEnders

Dr Carrie Brown, Programme Leader for Sports Journalism at the University of East London, who recently had published a book, The Roar of the Lioness, about women and football.

Helen Pert, Institute of Fundraising Convention board member, co-chair and co-founder of The Major Gifts Leadership Group and Development Director of The British Heart Foundation between 2015 and 2015.

Kamel Hothi, Head of Colleague Networking & Fundraising at Group Corporate Affairs, Lloyds Banking Group. She was one of the first females and Asian directors at Lloyds Bank, having joined at the start of her career as a bank clerk.

Debbie Brown. Her story is both tragic and inspiring. She had a traumatic childhood, lost her daughter and had a spell in prison. Losing her home, she spent four  years homeless, sleeping on buses. Then at Caritas Anchor House she turned her life around and is now working with local young offenders.

There is breakfast and networking between 7.30am and 8.30am. The meeting is between 8.30am and 9.30am, followed by a final 30-minute networking period. The nearest station is Temple on the District and Circle lines. An alternative is St Paul’s on the Central Line..

TO BOOK for the restricted places available email John James at johnjames@fastnet.co.uk

DON’T FORGET TO HAVE YOUR QUESTIONS READY FOR THE PANEL!

If you are one of the people who have been struggling to find and purchase hand sanitiser, sanitizing gel, a sanitising spray or AN...